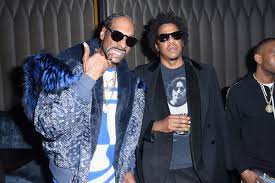 This list will be about the top 10 most consistent rappers in hip hop that are still on the scene right now. It won't have rappers that were consistent at a time but haven't released anything in the last 2 years.  The rappers on the list have dropped an album or mixtape in the last two years, and at least gained some recognition for the albums, whether commercially or critical acclaim. Having breaks longer than 5 years between albums is a minus. The number of years they have been in the game (counting from the year they dropped their debut studio album) is a plus. All these criteria count. 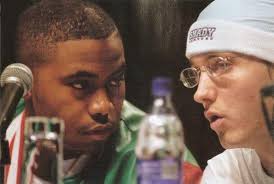 Before I go on, I should say, this is not a best rapper or most lyrical rapper list. This is a MOST CONSISTENT RAPPER list. Like Nas said on the Nike Ad song, "Oh, you went platinum? Yea, that's nice. Now let me see you do the same thing twice, three times, four times, then a couple of more times." Having consistent commercially successful or critical acclaimed albums in Hip Hop is not easy, and rappers that have been able to have those should be applauded. Yea, so let's go ahead with the list.

10.  Gucci Mane
Gucci has dropped the most projects on this list (mixtapes and albums), but he doesn't have the critical acclaim and commercial success the rest on the list have. He has released 16 albums since his first album in 2005; he has 2 gold selling albums, and 4 of his albums were top 5 on Billboard.

Read more »
at December 23, 2019 No comments:
Email ThisBlogThis!Share to TwitterShare to FacebookShare to Pinterest

According to Hits Daily Double,  below are the top selling rap albums of the week... 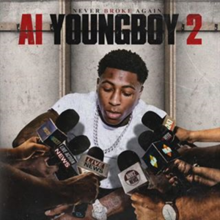 MMG rapper, Wale dropped his 6th album, "Wow...That's Crazy" on the 11th of October, and after a full week in stores, the album sold 35,727 copies first week.

18 year old New York rapper, Lil Tjay dropped his debut album, "True 2 Myself" on the 11th of October, and after a full week in stores, the album sold 45,636 copies first week to debut at number 5 position on Billboard's Top 200 Albums Chart.

AI Youngboy 2 is the 14th mixtape by YoungBoy Never Broke Again. It was released on the 11th of October, and after a full week in stores, it sold 106,087 copies and debuted at number one on the Billboard this week.

Below are the top selling rap albums of the week... Below are the top selling rap albums of the week...

Even though she had arguably the biggest rap song of 2016 (Ooouuu), she waited 3 three years before dropping her debut album this year. After a full week in stores, Herstory in the Making sold 22,219 copies first week. That is not bad, considering the fact that she is an independent artist.

Read more »
at October 09, 2019 No comments:
Email ThisBlogThis!Share to TwitterShare to FacebookShare to Pinterest
Labels: album sales, herstory in the making, young m.a

Louisiana rapper, Kevin Gates debuted top 5 on the Billboard charts this week with his sophomore album, I'm Him. The album sold 71,422 copies in its first week to have him at number 4 position on the Billboard's Top 200 Albums chart this week. Congrats to him.

DaBaby's persistence and consistency is on another level. All through this year, he has been one of the most entertaining rappers out there, and all his hard work has paid off well. He released his second album, Kirk two Fridays ago (September 27 to be precise), and after a full week in stores, the album sold 146,512 copies to put him at the top of the billboard Top 200 Albums chart.